Double your impact! All new donations received by December 31st, up to $300,000, will be matched by a generous supporter. 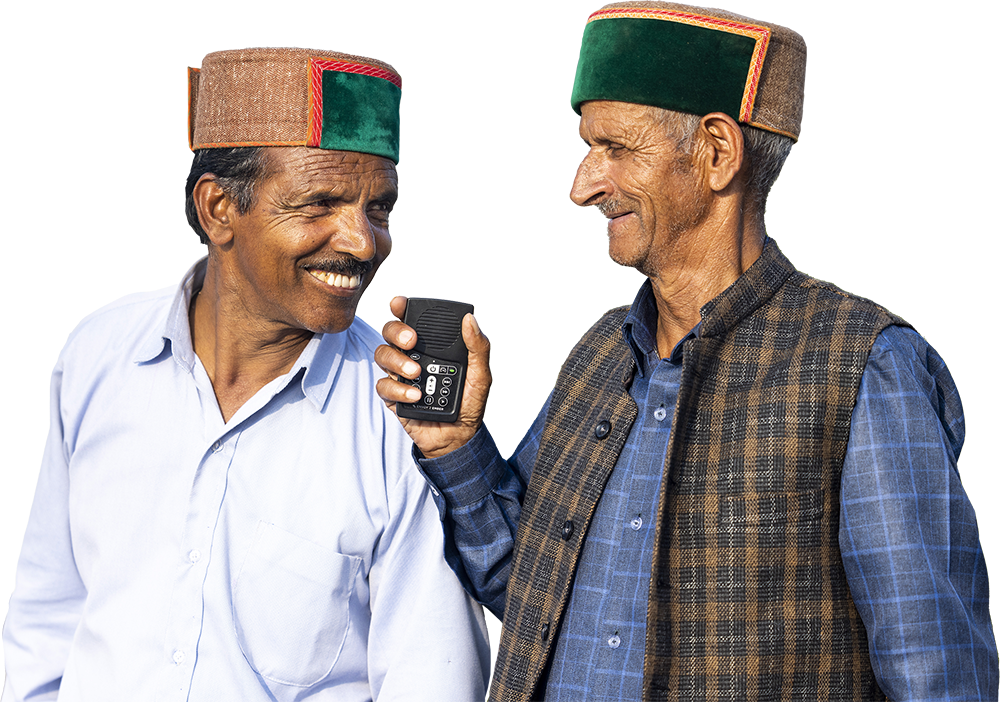 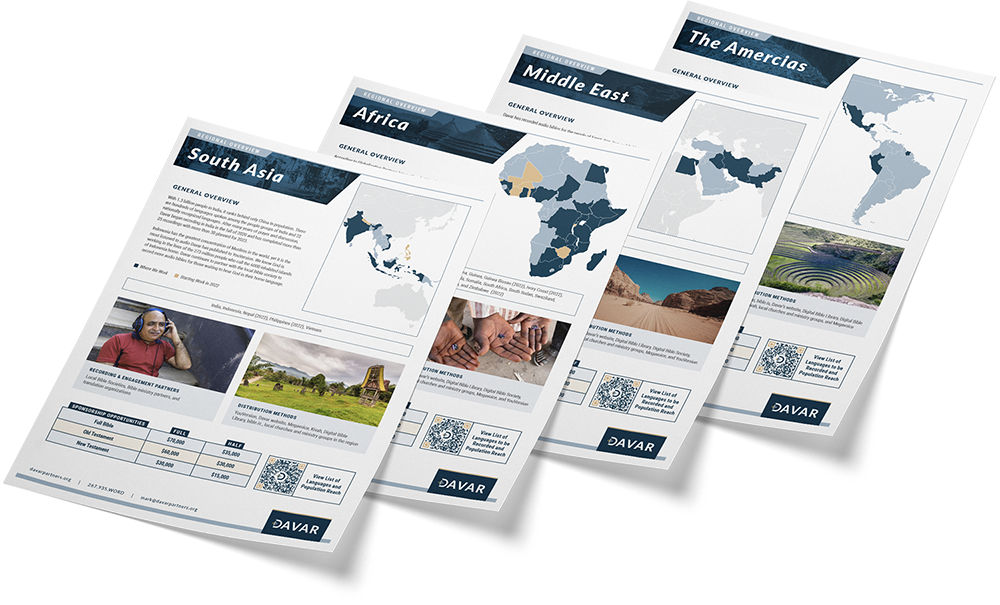 The Impact of your Investment

Learn about the people we seek to serve in countries around the world with audio bibles in their home language. Many have low literacy rates and are considered oral learners who would find a printed Bible of little use. Your matched gift can make double the impact in their lives.

Donate with a Check

In the case of excess funds from a designated donation, Davar will apply the excess amount to the recording of another audio bible.

We partner with ministries in South Asia to record, and make freely available, both smaller and widely-used languages to reach the illiterate, visually impaired or those from an oral culture. It was great to receive this update from a ministry partner in which he shares how one audio Bible is making an impact in rural communities where 65% of the population is illiterate.

“God helped us to translate the New Testament into our language* two years ago. It was helpful for those who are literate but we were praying for something which would be useful for those who cannot read or write. For them, an audio Bible is more effective as they can listen to it and they can increase their faith.

We recently began to use the audio Bible in our community. When I first switched on the device I saw in their face that this is the first time they are hearing it. Through it we found there began a breakthrough in the community. I can say that more people are comfortable to have small gatherings in their own language and it is more effective for teaching. We are so much thankful to all the people who contributed to make it available to us.”

Your gift during our matching campaign will allow us to reach more communities like this one with God’s Word in the language and format they can fully understand.

*Specific location and language not included for security reasons. 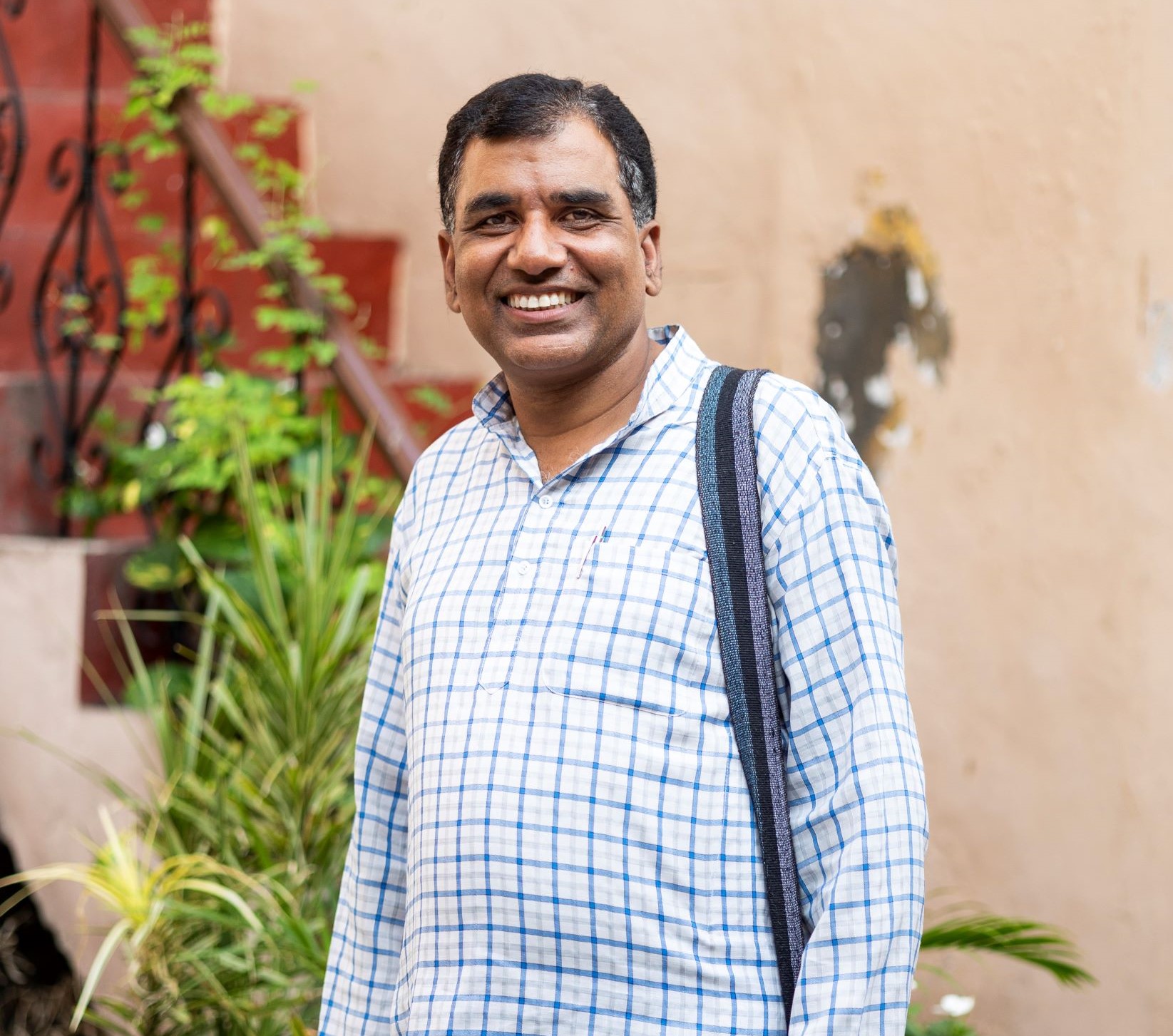 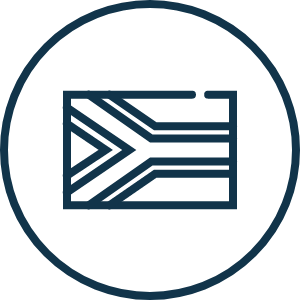 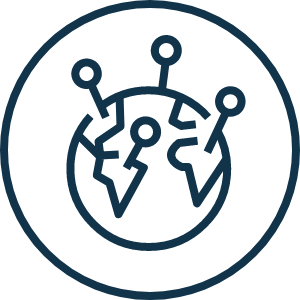 If  you prefer to make a contribution through a donor advised fund, we recommend the following resources. Please do not hesitate to contact us with any questions about charitable giving or donor advised funds. 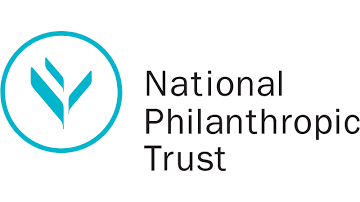