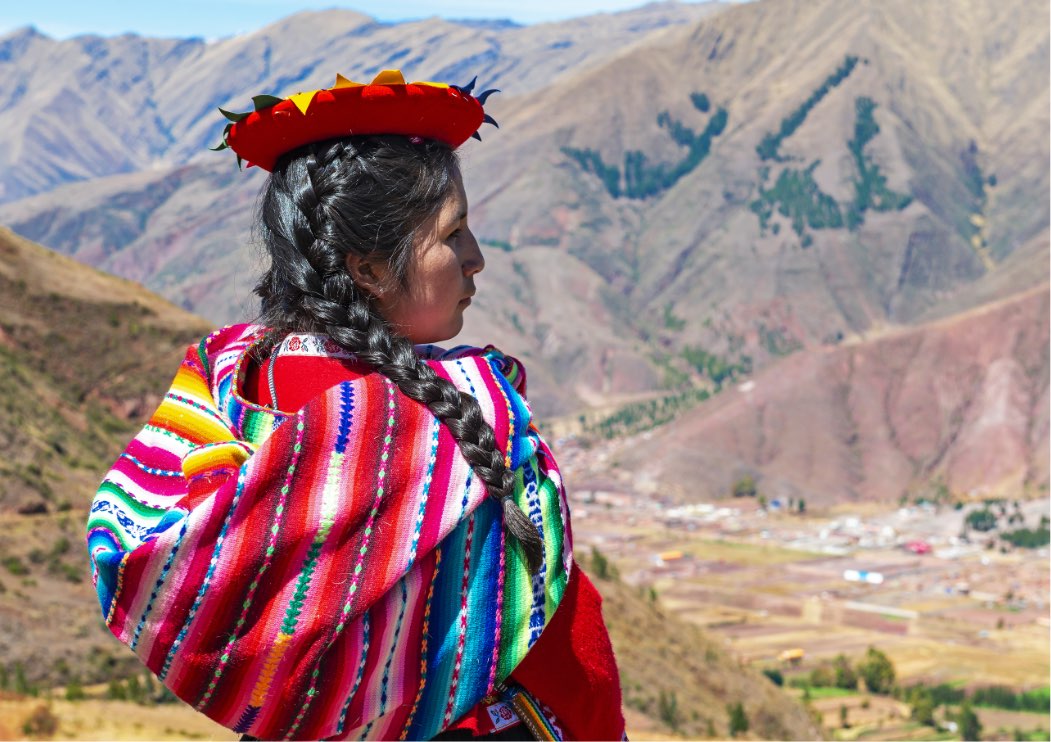 While Quechua is spoken at home, schools and urban areas still emphasize Spanish. Most Quechua-Cuzco people are farmers and shepherds who live without many modern conveniences. Sadly, poverty, alcoholism and family violence are widespread.2 An audio Bible in their home language will make a huge impact in these communities.

In their culture, traditions and belief systems are rarely written down but instead are passed down orally, making the need for an audio Bible all the more important. A true understanding of the gospel is unknown. There are few evangelical churches working with the Quechua people. While Catholicism is prevalent it has become intermingled with their traditional animistic beliefs. They have limited, if any, concept of Jesus as the Son of God or the Savior. It is common for each Quechua town to have a patron saint or pay homage to the virgin. While 97% of the people claim to be Christian, less than 4% of the Quechua-Cuzco know Jesus. 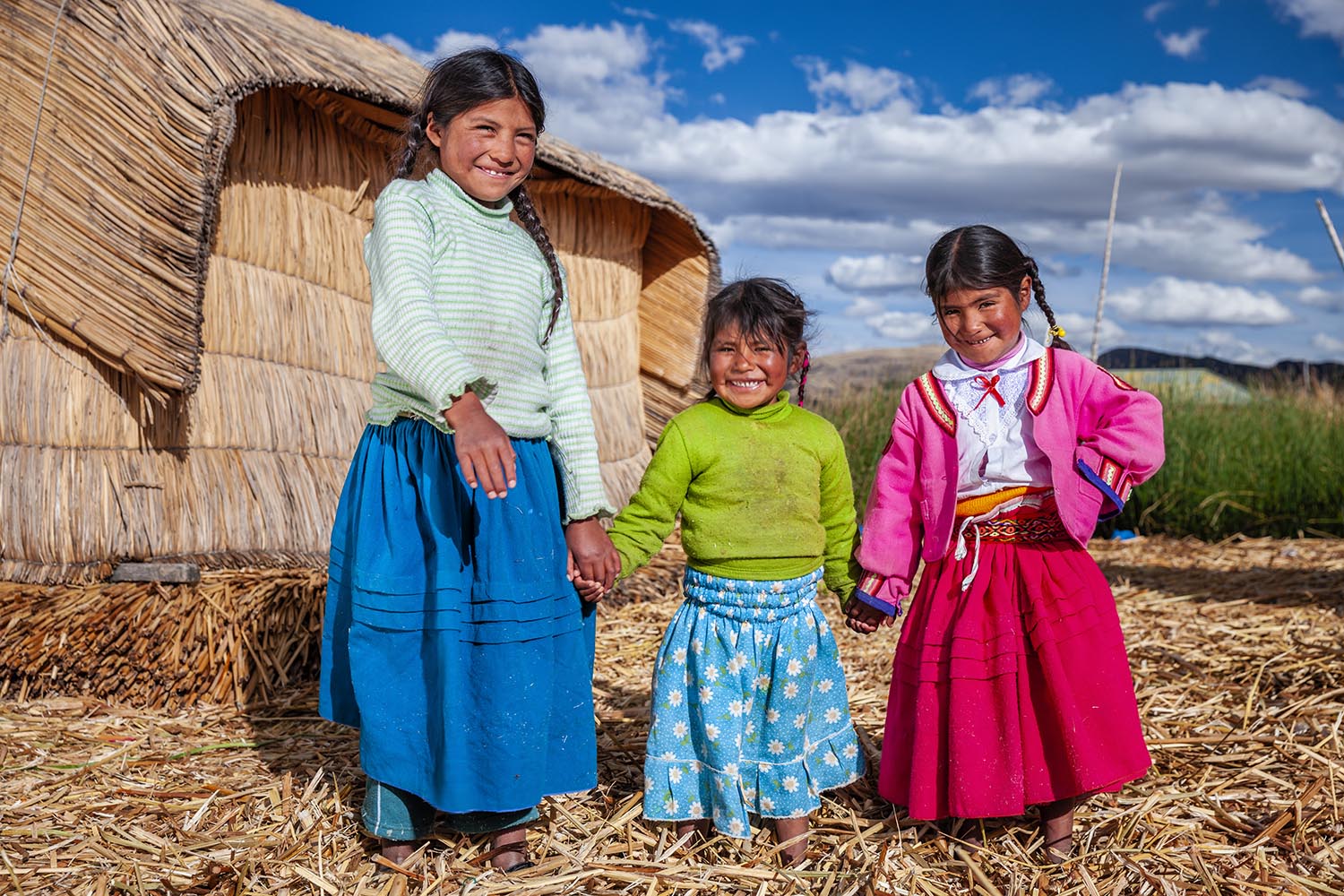 Through a partnership with the Peruvian Bible Society and Wycliffe Bible translators, Davar is seeking $360,000 to record six Old Testaments. With the New Testaments already completed, this will allow for the Quechua people to have access to a full Bible and God’s complete Word. It is our hope that through a full understanding of the God who created them that they will live transformed lives.

Thank you again for partnering with us to make God’s Word available to those waiting to hear. He has been faithful to increase our efforts over the years. We pray the recorded Word of God would continue to go forth in great power and transform the lives of the Quechua for his glory!

So shall my word be that goes out from my mouth; it shall not return to me empty, but it shall accomplish that which I purpose, and shall succeed in the thing for which I sent it. — Isaiah 55:11 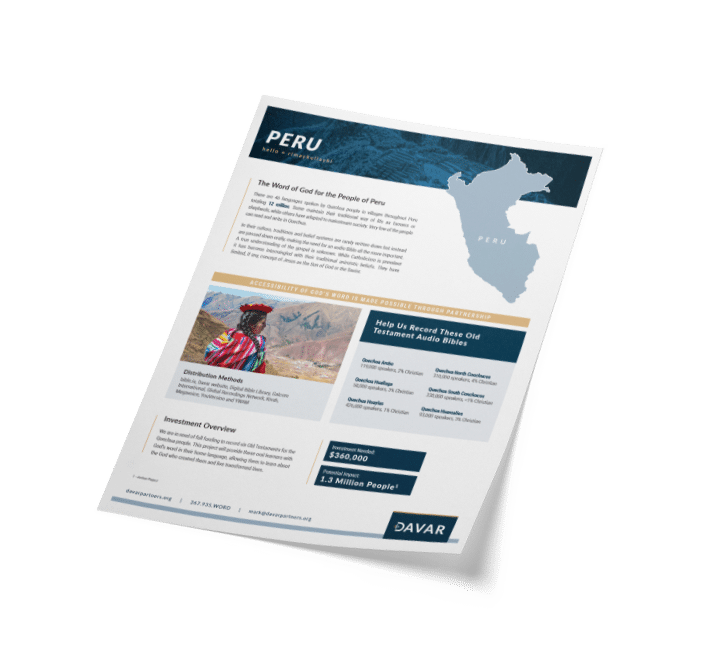 Six languages are still waiting to be recorded. Can you help?